I know I was elected to Parliament because Ryan locals want real action to halt climate change and protect the environment that supports human life.

Ryan residents understand we are in a crisis, and we need a crisis response. We have wasted so much time while politicians have denied the problem and thrown money at making it worse – and now the crisis is here... yet the new Labor government still wants to give favours to the fossil fuel companies who've given them millions in donations.

With my Greens colleagues, I'm fighting for real action to restrain the impact of global heating and preserve our natural environment for future generations.

Real action on the climate crisis

Voting for the Climate Bill

In September 2022, I voted for Labor’s Climate Bill, which aimed to reduce emissions by 43% by 2030, but not before the Greens secured important amendments to the legislation. The Labor bill does not meet the scientific targets for emissions reduction – of 75% by 2030 and 100% by 2035 – so we are very clear that this is a starting point; a floor, not a ceiling.

I am so disappointed with Labor. 43% is a nonsense target, plucked from the air, as far as I can tell. We need urgent action, which means transformative policy that has an immediate impact on behaviour. Instead, we have billions for fossil fuels and crumbs for the climate crisis. It speaks to the hold that fossil fuel companies have over the major parties, and the media, who treat the complaints by fossil fuel companies with far more seriousness than they do the threat from a changed climate.

I was personally successful in moving an amendment that will require the Climate Change Authority to take into account the Paris Agreement’s goal of holding the increase in temperature to 2 degrees, and to pursue efforts to keep warming below 1.5 degrees, when advising the Minister on our emissions reduction targets and progress.

Greens’ amendments to the Climate Bill

With these amendments The Greens have future-proofed the Bill, ensuring governments that want to prioritise corporate profits over real action on the climate crisis can’t reduce the targets.

I find it surreal that my Greens colleagues and I are having to harangue the government on the issue of climate change, especially after the floods and fires that have devastated communities across Australia in the past year. Prime Minister Anthony Albanese said 17 years ago that it was time to act on a climate trigger bill. Tragically, since then, the profits of coal and gas corporations have been put ahead of climate action and now it is beyond urgent, yet now that he has the power to make a real difference, his government are tinkering around the edges. It is a betrayal of Australians, especially young people.

Watch my full speech on the Climate Bill.

Read more about the Greens’ work on this Bill.

The bigger issue with Labor's current position is their support for opening new coal and gas mines. The climate crisis is caused by mining and burning coal & gas. There are more new fossil fuel projects under Albanese than there were under Morrison! 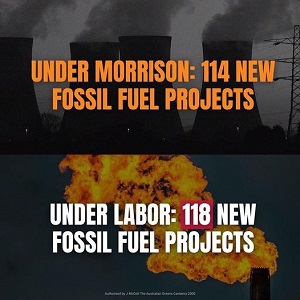 If we continue to mine and burn coal, oil and gas, we’ll experience further economic losses, food, insurance and health costs will go up more, and we’ll pay much higher energy bills. Millions of jobs in hospitality, tourism and farming are at risk. As we have already experienced, the climate crisis threatens the safety of people, our homes, our health, water, ability to grow food, and the air we breathe. The stakes couldn’t be higher.

The coal and gas projects in the pipeline would more than offset any emissions reductions achieved by the Climate Bill. But Labor and the LNP have taken millions in donations from fossil fuel companies, and they allow fossil fuel lobbyists great influence over their actions as a result. 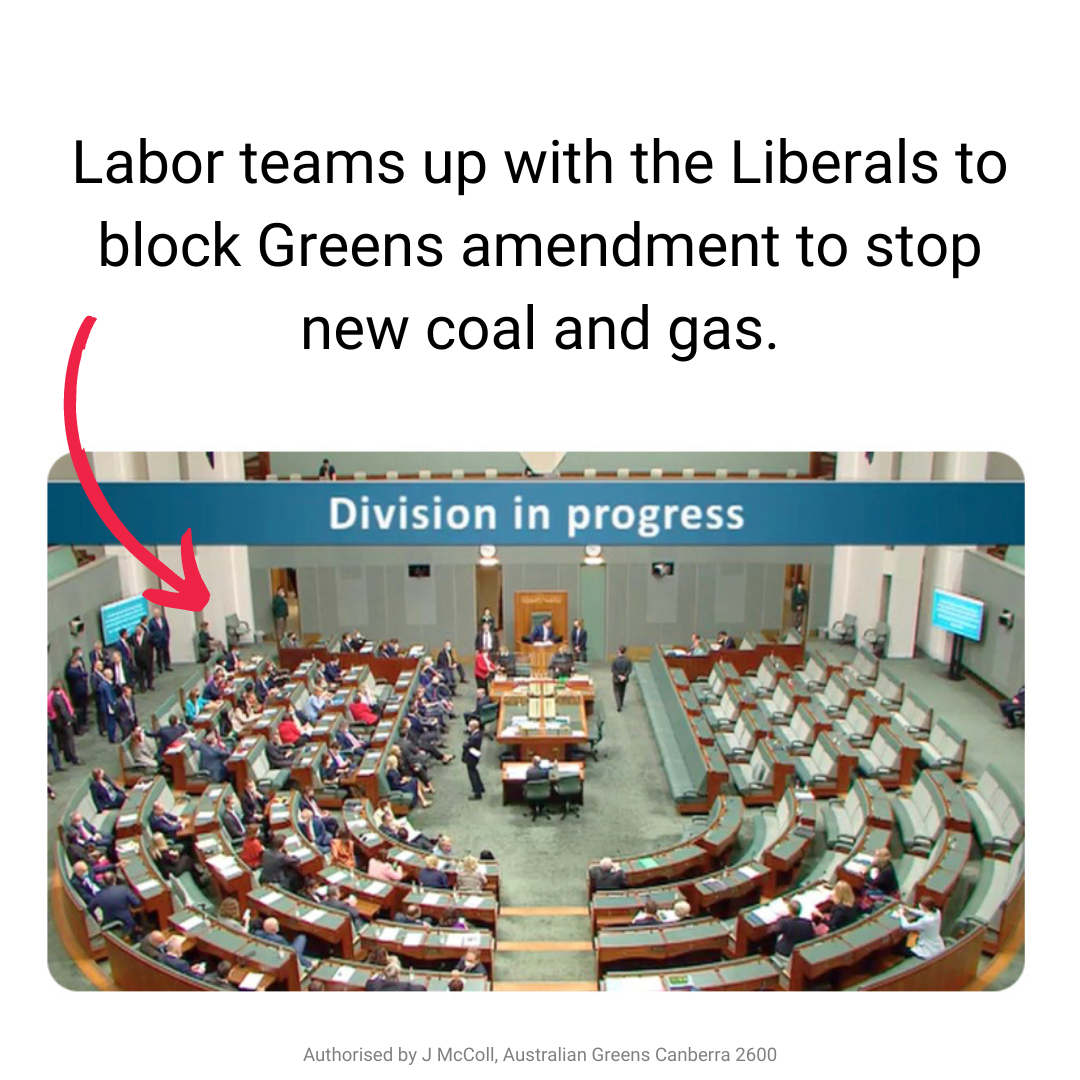 I will continue to fight against new coal and gas projects.

Fighting for a Climate Trigger

In September 2022 I called on the government to include a climate trigger in their environmental protection legislation, as a way to stop new coal and gas projects.

Unfortunately in December, Environment Minister Tanya Plibersek confirmed the Labor Government would not include a climate trigger in the Environmental Protection and Biodiversity Conservation Act.

What is a climate trigger?

It’s clear that Labor are still walking both sides of the climate question: wanting to make out like they are champions of climate action, while still supporting new coal and gas. The Greens will not be rubber stamping Labor’s new reforms. In the New Year we will be pushing the Albanese Government to go further and faster to protect our environment and stop new coal and gas projects going ahead. We need to act urgently to address this crisis.

I have also been advocating for more funding for disaster preparedness, as the Labor Government has only allocated $200 million a year for all of Australia to prepare for the more frequent disasters expected as a result of climate change. This is inadequate compared to the cost of a single emergency access bridge for a flood-prone area which costs at least $300 million.

The government can find tens of billions to spend on subsidies for fossil fuel corporations and quarter of a trillion in tax cuts for the rich. They really must work much harder to find money so Australia can prepare for the inevitable extreme weather ahead.

I took time in the speech to reflect on the amazing work of community building and disaster resilience that so many volunteer-led groups in Ryan are engaging in, noting how crucial this work truly is, but it is not good enough for the government to rely on community effort. These are serious problems that need serious responses.

Watch the full speech or read the transcript.

The Greens have a holistic plan to take strong action to deal with the climate emergency. This crisis is an opportunity to phase out coal, retrain workers, and create a jobs-boom in a world-leading renewable energy technologies.

We can stop giving handouts to polluting, climate-change denying companies. We can make them pay taxes, and pay to clean up the mess they made. All it takes is political will.

Read more about The Greens’ plan