Let's be clear: energy prices are rising because giant corporations are profiteering. Giant corporations that donate millions to the major parties are taking advantage of the war in Russia and raking in profits - but often paying little or no tax. While their profits soar and their CEOs get million-dollar bonuses, Australian households and businesses are struggling with soaring costs. The government can act, and make sure profits aren't put before people.

Calling for a freeze on energy bills

With the news that power bills were set to rise by 56%, in November 2022 The Greens called on the government to freeze electricity bills at pre-crisis levels. BP recorded $7billion in profits in 3 months last year. Woodside’s profits have increased five-fold. They are profiteering while Australian families are struggling. 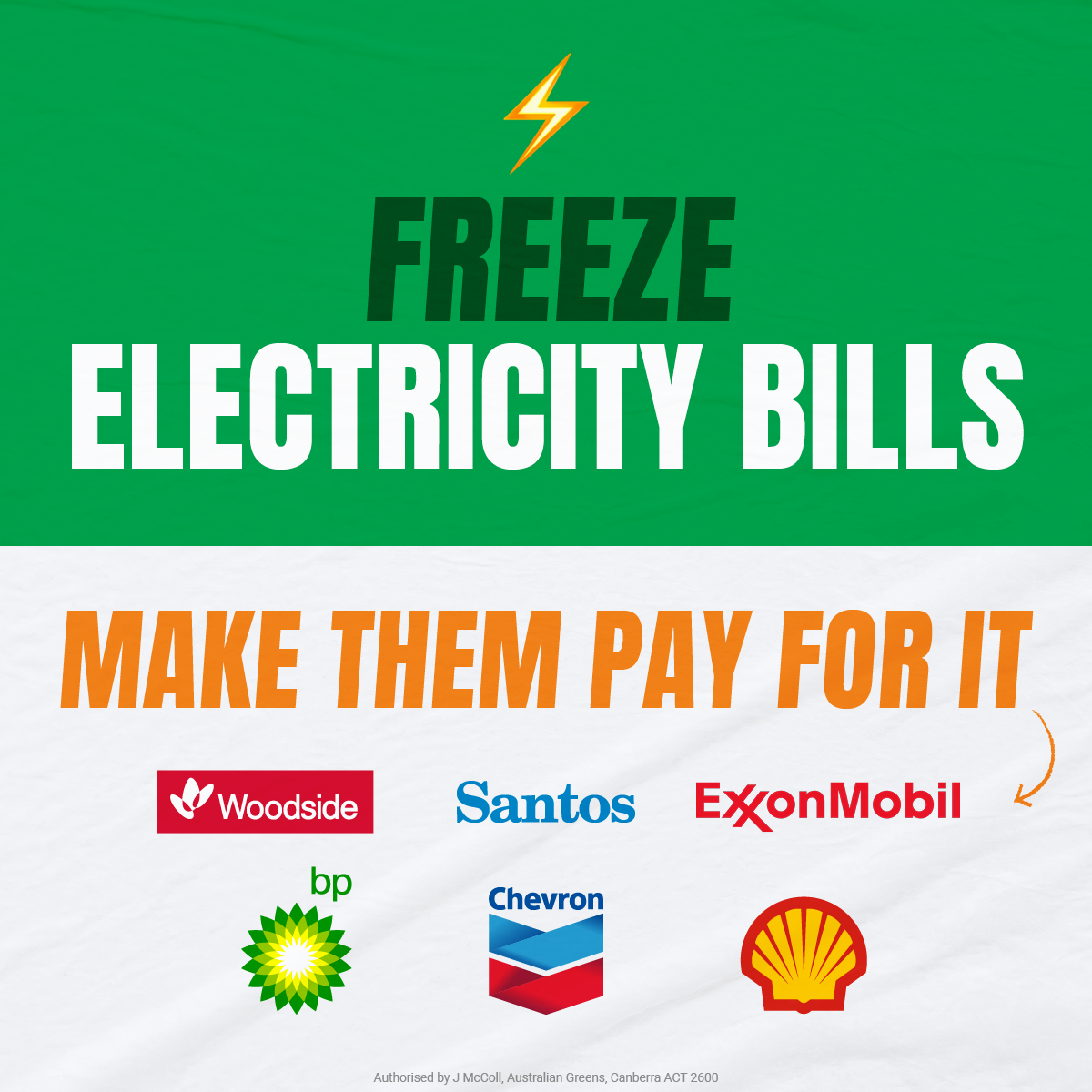 The Greens' proposal would have saved Queensland households $567 a year on average, and the fossil fuel companies would have still made billions in profit.

Parliament was recalled for an extra sitting day in December 2022 so we could vote on the Treasury Laws Amendment (Energy Price Relief Plan) Bill 2022. The Greens ultimately supported the legislation to pass, as we’re in a crisis and it was better than doing nothing, but it leaves a lot to be desired. We managed to negotiate extra support for households and businesses seeking to transition away from gas.

The bill caps domestic prices of coal and gas and offers targeted extra relief to households to slow the rise of power prices. With energy prices set to spike by 62% over the next year, Labor's plan here will still mean that they are likely to go up by 47%. That’s not good enough for everyday Australians.

Both Labor and the LNP have made promises to voters that they will lower energy bills. And yet energy costs keep going up! This Bill demonstrates that the government can take control. 2022 has made it clear that running essential services for profit means everyday Australians are left in the cold even while the energy industry is making massive profits. More regulation from government, plus more publicly owned services will equal a faster, cheaper transition to renewables.

Not included in the legislation, but as part of associated measures, Labor has announced they plan to hand coal corporations $500 million in compensation for this modest cap. Australian coal and gas corporations made $152 billion this year in exports. They don't need the extra cash – everyday people do. Coal and gas corporations have been profiteering off the war in Ukraine, driving up prices and making exorbitant profits, yet still Labor wants to subsidise their profits!

Debate was restricted on this Bill, watch my (very short) speech.

How to actually cut energy bills

Here's what we should do instead: